[dropcap]S[/dropcap]haheen Bhatt, Alia Bhatt’s sister opened up about her fight against depression and anxiety in her book ‘I’ve Never Been (Un) Happier’.

“Writing this book, it was like reliving it again. And going back can be extremely traumatic. But as my father (filmmaker Mahesh Bhatt) always told me, ‘the deepest truth is near the deepest wound.’ Recalling all this, I found myself in another depressive spiral, but now I have a better knowledge of myself. You have to analyse everything. And how come back? Like every time, I fight, I push and I fight,” she said about writing the book.

“I am fortunate to have the most encouraging and encouraging family in the world… my parents, my sisters, and my brother. Honestly, my sisters are more excited than me. Alia is treating it like it’s her own work,” Shaheen said about her family.

Shaheen also credited Deepika Padukone for starting a conversation about depression by sharing her own experience. “When somebody in that position talks about something that has not been spoken about before, it helps to change the perception,” she said.

Here are some Bollywood celebs who fought with depression:

Manisha Koirala who has once suffered from depression, wrote on Facebook, “How slowly, shadows of my past friendships are becoming distant dream… did I have bunch of friends with whom there were promises of life time? Disappointed, yes I’m… but then life fills you with new hope, new friends… hoping this time round it would be rooted in deep values rather then just crazy, fun times!!”

Soon to be married, Deepika Padukone as well had fallen prey to depression.

She said during an interview, “I thought it was stress, so I tried to distract myself by focusing on work, and surrounding myself with people, which helped for a while. But the nagging feeling didn’t go away. My breath was shallow, I suffered from lack of concentration and I broke down often.”

Anushka Sharma took to Twitter to address the issue of mental health.

She wrote, “I have anxiety. And I’m treating my anxiety. I’m on medication for my anxiety. Why am I saying this? Because it’s a completely normal thing. It’s a biological problem. In my family there have been cases of depression. More and more people should talk openly about it. There is nothing shameful about it or something to hide. If you had a constant stomach pain, wouldn’t you go to the doctor? It’s that simple. I want to make this my mission, to take any shame out of this, to educate people about this.”

Actor Randeep Hooda went into depression after his film Sarbjit. He had to lose 18kg within a month to fit into the role of Sarbjit.

He said during the shoot of Highway, “There was a big hangover after Sarbjit because of the involvement that was required in the film. It all lingers on. It has happened before as well. After Highway, I was depressed for a long time. I had to tell myself that I am not a petty taxi driver and that is not my life. Nobody loves me the way other characters loved mine in the film. You have to go through such things at times.”

Varun Dhawan also experienced bouts of depression while shooting for Badlapur. He said, “I was depressed. I was not clinically declared depressed but I was heading there. I was very sad to a certain degree. I don’t want to use the term ‘depression’ loosely because it’s a serious illness. It definitely effected my mental health. I was prescribed and did see a doctor for it as well.” 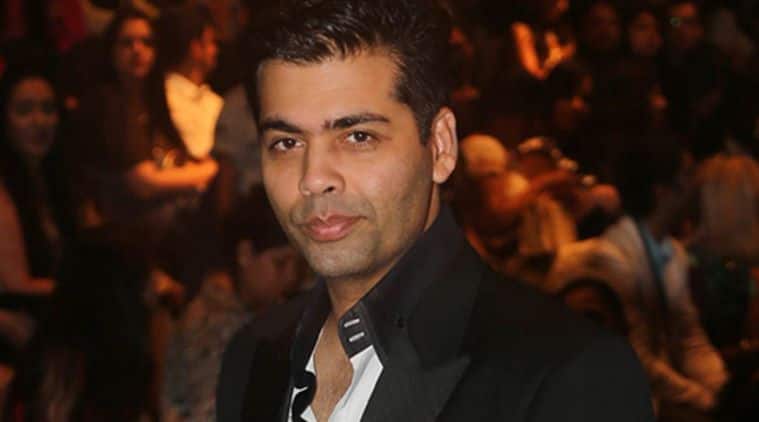 In an interview with Barkha Dutt for NDTV, Karan Johar revealed how he fought clinical depression, “I have read people speaking openly about their depression. There was a phase in my life, when I was really depressed. When I went through that phase, I thought I am getting a cardiac arrest.  I felt it in middle of a meeting two and half years ago, after which I left the meeting in between saying I have something urgent to do and rushed to the doctor. He then said I am having an anxiety attack. I went to a psychologist post that. Then I realized that I had some internal issues to deal with, which got built up to such point that it resulted into anxiety.”

For him, it was the darkest days of his life. “I stopped feeling excitement and happiness. There was lack of sleep and I was always on the edge. I think I hadn’t dealt entirely with the loss of my father… when you are lonely and not in a relationship, you wonder what your life is going to be and all the success you might get and all the love and attention you get, where does that go? When you don’t have that love to share with somebody, it gets you worried.”

In 2010 after SRK had a shoulder surgery, he revealed that he was suffering from depression but he was able to escape from its clutches. “I feel so much healthy and refreshed from within — due to the injury and the suffering I had got into a depression mode but now I am out of it. I feel happy and boosted with energy,” he said.

Yo Yo Honey Singh

Honey Singh who had bipolar disorder, said, “It was scary. One year had passed and I wasn’t responding to medicines, until a fourth doctor from Delhi treated me. At one point, I thought I would live in this darkness forever. I had cut myself off from everyone. I didn’t come out of my room, forget stepping out of the house. I had a beard and I didn’t get a haircut for months. For someone who has performed in front of a crowd of 20,000, I was scared of facing 4-5 people. That’s what bipolar disorder does to you.”